The Hindu Brahmin from Bangalore,
Participated in Jewish ceremonies four,
A memorial service, a burial, a Bat Mitzvah and an unveiling,
While Jim was rabbinically “hitting for the cycle” and winning
The Indian’s adventures are now part of Marlboro folklore

Ask me about Hitting for the cycle bit! Over the weekend, one movie that brought back old memories was The Party, 1968 with Mr Hrundi V. Bakshi and his “Birdy Num Num” … *I laughed till moi guts hurt*… Not to forget the idli sambhar and coconut chutney dinner night! Aah…

Heading north to the cool climes of Jim’s house in Vermont… His house is a part of a small community in Marlboro, in the hills above Brattleboro, Vermont….
Did you notice the 0.41% Asian population in the census data in the link? My arrival will add significantly to that 🙂
Its a quaint town with a close community of neighbours… Whoopi Goldberg has a house nearby! There will be more swimming and Kayaking but Pat will not be around to film me playing the role of stupid, so there will be no record for posterity 🙁
L (Jim’s wife) has planned for dosa and coconut chutney; hence I go armed with coconut and mint leaves … Looking forward to a week of no TV, no cable, and dial up… my break from the world continues…. 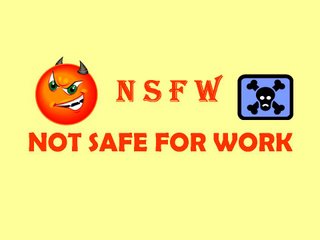 If the “random screenshot” from Youtube is not enough of an indicator [honest, I was not responsible for that… i guess Youtube just picks the most delectable shot ;)… they have to sell themselves, right?], then I must warn you that this is a NSFW clip! Thanks, Neha vish !!

Pat deserves a pat on the back for this short notice filming and editing … We (the Gang!) spent the Sunday afternoon in Monique and Jerry’s (gracious, wonderful and kind, take a back seat – Mo and Jerry are here!) lake front house in Concord, Massachusetts. Result: swimming, diving, jumping, floating, kayaking, silly antics and the video… you will see all of us in the video at various points…
Watch and enjoy!

What, you may ask, have I been upto these last few days?
Well, ask away!
Among other things, I have been steadily devouring a constant stream of movies from my Netflix subscription! So without much ado (or I do!), or fanfare, I present:

Movies watched over the last four weeks that you must see:
If you have seen them, see them again!

Update: Just finished with Cool Hand Luke, 1967 – “What we got here is a failure to communicate” – Paul Newman again… he was 42 when he made this movie… where does he go wrong?…

And continuing in the opposite vein, here are Movies watched over the last four weeks that you must absolutely NOT see:

1) Aeon Flux: Special Collector’s Edition, 2005 : Arrgghhhhhhh… against my better judgement, i selected this!
2) Osmosis Jones, 2001: This movie is by the farrelly brothers, gross out kings par compare… there was a point in my life when i enjoyed this… not so much anymore, though i do regress sometimes

There you go, kids… details of other naughty events and happenings will be made available with a subscription fee.